Clash of the 70's Black Superwomen
The producers thought it would be another in a long line of profitable blackxplotation films, Foxy Brown meets Cleopatra Jones. Pam Grier would return to star in her greatest role as Foxy Brown, and Tamara Dobson would return as Cleopatra Jones. This movie would not only match up two of the hottest female movie actresses of their time, but the two Baddest chicks in town. The story line for the movie would have Foxy Brown in her usual role as street vigilant going undercover as a prostitute in order to bring down a local drug lord. Unknown to Foxy, secret agent Cleopatra Jones is also undercover in the same brothel to bring down the same drug lord. One of the biggest scenes of the film is going to be a catfight between Foxy and Cleopatra to determine who was going to service the drug lord that night. The script has a long even fight with no real winner being determined. Finally, the drug lord will be so aroused by the two combatants that he would have his thugs separate the two ladies and decides to have both ladies service him that night. Of course, once alone with the drug lord Foxy and Cleopatra teams up and brings down the drug king’s empire in typical Foxy and Cleopatra style; With guns and fist blazing!

The directors decided to shoot the catfight scene early in the filming. Tamara and Pam shoot the scene on a ball room dance floor. Tamara wears a gold dress with shoulder straps, and a gold skull cap. At the beginning of the fight, she rips of the bottom portion of the dress to allow herself to move freely. Pam where as the same tight low cut white dress with shoulder straps that made her famous.

Tamara smiles and tries to hide her annoyance at her co star’s lack of genuine concern for her well being. “No, I’m fine. Let’s continue.” The two actresses continue play fighting according to the script. Suddenly, Tamara unloads a karate kick directly into Pam’s stomach. Pam bellows and falls to her knees, doubled over, gasping for air. Tamara releases a sinister laugh and says, “What’s the matter girl? Can’t take a little kick?” “Payback’s bitch, and her name’s Tamara!” Tamara continues to laugh until she is surprised when Pam jumps to her feet and the tackles her co star. The two starlets are now rolling on the floor, yelling, kicking, scratching and gauging.

Several members of the crew leap to their feet to separate the hellcats, but the directors tells them to sit down. “Keep filming!”, he yells, “This will be the greatest catfight ever filmed”.

Tamara gabs Pam by the hair and pulls her to her feet. Pam sends a punch to Tamara’s stomach. Tamara returns a rabbit punch to Pam’s ear, causing her to back up. They now lock up in a pro wrestling “collar and elbow” stance. This gives Tamara a big advantage, since she is six feet two inches tall, and towers over Pam. She uses her leverage advantage to toss Pam over backwards to land on her big butt. Pam quickly jumps back to her feet, but is caught by a spinning karate kick into her stomach. Pam once again doubles over in pain. Tamara then raises her leg and sends her heel crushing into the back of Pam’s head. Pam collapses to the floor. Tamara looks down at her quarry, and realizes she is barely conscious.

Tamara reaches down and grabs Pam’s dress, and shreds it right off of Pam’s body. Pam is left only in her panties now. Tamara sits down beside Pam and clutches both of Pam’s breast. The pain seems to revive a screaming Pam. Tamara keeps up the attack on Pam’s breast. Pam can only squirm, groan and scream while trying to claw at Tamara’s wrist and pull her hands off hit bruised mammories. Finally Pam reaches up and grabs Tamara’s long slender neck, cutting off her air supply. The two rise to their feet, still with their death holds intact. It is a quick test of wills to determine if Tamara will be forced to release her tit torture before Pam subscumbs to the pain and release her choke hold. Tamara is the first to release her hold and punches Pam in the face to make her release her choke hold.

Pam backs up rubbing her battered, bruised breast. Tamara also takes a few steps back and tries to fill her lungs with air. This last only a few seconds cause Tamara realizes Pam is wounded and she must continue her attack before she can recover. Tamara sends another spinning kick at Pam, but Pam catches her foot before it can reach it’s target. She kicks Tamara in her pussy. Tamara screams until a second kick in the cunt drops her to the floor. Pam grabs Tamara’s other leg and spreads them apart, so she can deliver a stomp into her pussy. Tamara is now delirious with pain as she squirms on the floor. Pam says, “Bitch, you have started something I KNOW you can’t finish!” She reaches down and yanks Tamara dress off of her. Pam begins to stomp Tamara repeatedly in her head, breast, stomach and groin.

Tamara considers surrendering, but she realizes how tired she is of constantly being compared to Pam, The press describes her movies, and roles and “Pam Grier-like”. Today she can establish herself as the greatest female action star of her time, and her path to being a legend lies over Pam’s beaten, broken humiliated body.

Tamara spins on the floor and uses her long legs to sweep Pam’s legs out from under her. Pam falls heavily flat on her back. Tamara then drives her heel in to Pam’s right breast. Tamara springs to her feet. Pam rises to all fours before Tamara kicks her in the face. Blood squirts from Pam’s nose, and a second kick causes a cut under her right eye.

As Pam collapes back to the floor, she looks up at Tamara. Fear of Tamara’s plans for her creeps into her heart. After all Tamara had dominated most of the action. Pam knew it would be a tough job to fulfill her boast from earlier. While Pam’s body was stacked and powerful, Tamara is definitely an imposing figure standing over six feet tall with a slender model’s body showing no body fat. Pam chases away the fear and rises her feet and decides she will be the victor today, no matter what are the odds.

The two ladies circle each other in fighting stances. Tamara uses her height and reach advantage to flick several jabs into Pam’s face, keeping the smaller woman of balance. Tamara thinks, ”Now I’ve got her, I’ll be queen bitch today”. She opens a cut above Pam’s left eye, and blood comes trickling down. Pam steps back and sees the blood dropping from her face, and flies into a rage. She rushes in to Tamara throwing a barrage of lefts and rights. Tamara backs up and tries to defend herself against this mad woman's onslaught. The two ladies stand facing each other going blow for blow.

The director says, “This is great, an epic battle”. “Tamara’s size and leverage against Pam’s raw power, I’ll get an Oscar”.

Finally, Pam starts to take control of the confusion of punches. Tamara’s punches start to loose their effect and she soon becomes reduced to being Pam’s punching bag. Tamara falls to the floor, dazed by the hellcat’s assault. Her face now has multiple bruises and cuts, as her eyes are swelling shut. Pam eyes are still on fire as she stares down at her fallen opponent. She reaches down and grabs Tamara’s breast, and pulls the former fashion model to her feet. Tamara moans and groans. While compared to Pam’s huge mammories, her breast are slightly on the small side, but the tit torture technique in no less effective as it was on Pam. Once Tamara is standing, Pam scoops her up and executes a perfect body slam. Tamara hits the floor with a thud, fighting to maintain consciousness. Pam delivers a few more angry kicks to her fallen foe to make sure all the fight is out of her. Pam once again hauls Tamara up by her breast and once again scoops her up. This time she walks over to a buffet table and slams Tamara on the table. She grabs a bowl of dip and says, “Have some dip, ya dip.” before thrusting the bowl into Tamara’s face. Pam clasps both hands together, raises them above her head and sends them crashing down into Tamara’s stomach. All the air come out of Tamara’s body, and she falls unconscious. “Here’s a little something to munch on when you come to!” Pam yells. She then reaches into Tamara’s pussy and comes out with a handful of pubic hair. Then shubs the hair into Tamara’s mouth.

Pam surveys the scene. She sees Tamara’s tall athletic body lying unconscious in the middle of a buffet table. She is wearing only her skull cap, and her torn panties, are now useless garment that covers barely anything. Her face is covered with dip, which mercifully covers a bruised and battered face. Her eyes are swollen shut, her cunt is now starting to trickle blood and her mouth in full with her own pubic hair. Pam smiles and walks away saying, “Dive into the buffet table fellas. You can have anything you want, even the slut-of-the day.”

The director yells cut and orders for medical attention for his beaten film diva.

Both women’s faces were too bruised and battered to continue filming. This gave the producers time to decide to scrap the entire film. Tamara was fuming at her defeat. She swore to pay Pam back many times over for her humiliating defeat. Fearing recurring catfights between their two costars the producers were forced to give up putting Pam & Tamara in the same film. So the greatest catfight ever filmed was never seen. Although, Pam used her connections at the studio to receive a copy of the film. She’s been rumored to show it at parties for her friends. Once Tamara learned this, she was enraged and vowed to retrieve the film for Pam. But that is another story!

Will they meet again??

TO THE HALL OF FAME
TO kARTOON kOMBAT 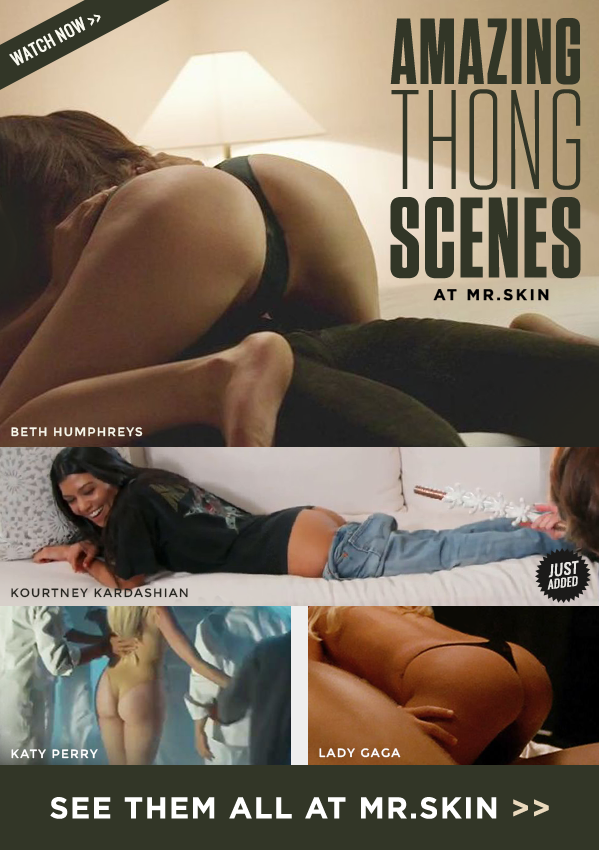 See Them All At Mr Skin!