Daffney vs Elizabeth Pt. 1-2 The only woman who personified class in wrestling slowly makes her way to the ring fearful of what awaits her. Miss Elizabeth's life has been in sheer turmoil in recent weeks, for Vince Russo, leader of the New Blood movement, had her taken away from her clients Lex Luger and Ric Flair, saying that he, not Luger owned her contract. Luger, with the help of Flair, has been trying to find a legal loophole to get her back, but as this night; they were unable to free her. Now Elizabeth stands in the middle of the WCW ring waiting the person assigned to face her.

A fairly sadistic laugh and a shriek echoes through out the arena and Daffney, the gothic scream queen, makes her way to the ring. Elizabeth backs up against a turnbuckle as Daffney's entrance music ends and the scream freak stares at her. Daffney licks her black lipstick colored lips as she slowly starts to approach her. Elizabeth thinks she's sees away to run around Daffney and goes for it, but the much younger woman grabs Elizabeth by her hair and tosses her to the mat, instantly knocking the Crown Jewel of wrestling a bit loopy.

Elizabeth shakes her head as she rolls to her back and tries to figure where she is, but before she does, Daffney stomps on her stomach. Elizabeth lets out a gasp of pain at the sudden foot attack and she holds her mid-section in pain. Daffney laughs at the First Lady of Wrestling before she jump in the air and sits down on Elizabeth's stomach and arms. Daffney then grabs the collar of Elizabeth's shirt and rips it down the middle, exposing her bra-covered breasts to the world. Daffney then quickly disposes of Elizabeth's bra. Elizabeth squirms to free her hands, but with Daffney sitting on them, she can't.

Elizabeth tries to crawl on her belly to get out of the ring, but Daffney grabs her by her legs and pulls her back to the center of the ring. Daffney kicks Elizabeth twice to get her on her back. Daffney then pulls both of Elizabeth's boots off, followed by her camo-gray pants. Daffney licks her lips as she looks down at perfectly tanned body of her victim before she removes Elizabeth's black panties, leaving her completely naked it.

Elizabeth whimpers as she tries to beg Daffney to stop as everyone in the Nitro audience takes photos of what is happening in the ring. Daffney just licks her dark lips again as she kneels down and take one of Liz's legs. She lifts it up a bit and angles it so she can suck on each one of Elizabeth's toes. Daffney scoots a bit between Liz's legs and presses her knee against her pussy. Daffney starts moving her knee a bit, grinding it against Liz's pussy as she takes more of Elizabeth's foot into her mouth.

Elizabeth moans slightly as she continues to beg for Daffney to stop. Daffney spits out Elizabeth's foot then turns a bit and scoots back away from Liz's body. Daffney places her hand on Elizabeth's pussy and slowly begins to rub it before she inserts a finger into her twat. Another finger soon joins that one, then a third. Daffney turns her hand a bit and puts more of it into Liz's cunt to get her pinky inside it as well. Elizabeth cries out and screams for Daffney to stop. Her cries fall on deaf ears as Daffney works her thumb inside of her as well. Daffney then makes a fist inside of Elizabeth and starts fisting her.

Elizabeth thrashes about all over the wrestling canvas as Daffney fills her pussy up with her fist and forearm. Elizabeth tries to push herself away from the sadistic raven-haired beauty, but Daffney grabs hold of Elizabeth's ankle and pulls her back, causing the former Ms. Savage to take more of Daffney's arm into her pussy. Daffney then pulls her arm out of Elizabeth's pussy as hard as she can. Elizabeth's resulting scream is on par with Daffney's shriek, which brings a demented smirk to her tormentor's face. Daffney looks out at the crown and grins just before she licks her forearm and hand clean of Elizabeth's juices.

Daffney opens the bottle and pours it all over Elizabeth. Daffney then kneels next to the legendary woman and lifts her left leg. Daffney laughs as she rams the empty water bottle into Elizabeth's already abused pussy. Daffney then quickly slams the bottle in and out of Liz's pussy, and the ravaged Elizabeth is brought to another involuntary climax that sends Elizabeth into unconscious. Daffney then stands up and takes a bow before the stunned audience, grabs her bag and leaves the ring.

As soon as Daffney is gone, referees and medics rush to the ring to check on Elizabeth. When they are able to revive, Elizabeth glares at her own image on the WCW Big Screen and grits her teeth in a rage quietly swears to herself...

During the Thunder tapings, Elizabeth has just arrived and has demanded to face Daffney in a rematch, Vince Russo laughed at her and told her to go fuck herself. That comment pissed Elizabeth off, and she said if she can't beat Daffney in a hardcore match, she'd leave WCW. Russo is intrigued with the idea and agrees to it, and wishes Elizabeth good luck in her match and that she better enjoy the way Daffney shows her to way out of wrestling. As Russo walks off, Elizabeth gets a smirk on her face because she knows her plan is coming together perfectly.

Later in the night Daffney has made her way to ring with her infamous black bag full of goodies. When she enters the ring, the lights go out suddenly. No one can see what is happening in the ring, but when the lights come on, everyone can see that Daffney is facedown on the mat and that Elizabeth is standing over her with a steel chair in her hand. Elizabeth throws the chair down and goes into Daffney's bag. She searches around until she finds two pairs of handcuffs. Elizabeth then drags Daffney to the ropes and handcuffs her wrists to the top rope. Elizabeth starts slapping Daffney across the face to wake her up. When she does Elizabeth grabs her by her chin and tells Daffney she's going to pay for what she did to her.

Elizabeth then goes back into the bag and pulls out a water bottle similar to the one Daffney used on her. Elizabeth opens it and pours it all over Daffney, soaking her black hair and causing her make up to run down her face a bit. Elizabeth then pulls down Daffney's tight black pants. Elizabeth laughs as she sees Daffney's pink panties that have pictures of little bunnies on them. Daffney's face goes red with embarrassment, but then Elizabeth rips off her panties. Elizabeth then leaves the ring and looks under it until she finds a kendo stick.

Elizabeth re-enters the ring and holds the kendo stick like a golf club. She lines it up with Daffney's pussy and takes a swing, connecting perfectly with Daffney's twat. Daffney screams out an pain and everyone in arena covers their ears, but keeps their eyes on the ring to see what will happen next. Elizabeth then presses the top of the kendo stick against the entrance to Daffney's pussy, Daffney moans softly as the First Lady of Wrestling pushes the stick into her pussy. Elizabeth then straddles the stick and uses both hands to pump it in and out of Daffney's twat. Daffney moans loudly and actually starts to move with the stick. Elizabeth gets pissed when she hears Daffney ask more so she pulls the stick out of her pussy. Elizabeth exits the ring and starts caning Daffney's ass from outside of the ring. Daffney screams out in pain, but also in ecstasy, loving the attempts of Elizabeth to get revenge on her.

Elizabeth then re-enters the ring and picks up the empty water bottle and inserts it into Daffney's pussy. Just as she's about to shove it completely inside of Daffney, the music for Asya fills the arena and the muscled bound woman comes running to the ring. Elizabeth quickly picks up the chair and cracks it over Asya's skull twice when she tries to get in the ring. With Asya is now laying out cold at ringside, Elizabeth turns her attention back to Daffney, but is greeted with kendo shot to stomach from David Flair. Elizabeth doubles over in pain as she realizes that Asya was just a distraction for Crowbar and David came through the crowd to rescue Daffney.

After Crowbar frees Daffney's arms, Daffney laughs at Elizabeth, telling her she's going to show her how to torture someone. At that moment, Lex Luger's music hits, and the Total Package comes running from the back. David and Crowbar jump out of the ring to stop Luger, but Luger actually moves with a purpose and knocks both men out with well placed shots with his steel-plated forearm. Those sitting along the entrance way hear a loud crunch as Luger broke Crowbar's jaw when he knocked him out.

In the ring, Elizabeth has taken down Daffney and is holding her down for Luger. Elizabeth tells her man to fuck Daffney, and the color (what little of it) drains from Daffney's face as Luger removes his clothing. Luger grips his monster dick in his hands, and strokes it until it reaches it's full size. Elizabeth smirks and comments to Daffney as to how she's able to see why they call Luger the Total Package. Daffney tries to escape, but Elizabeth holds her down on the mat for Luger. Luger spreads Daffney's legs apart and inserts his thick shaft into her pussy and starts fucking her twat stiffly.

Russo comes out to the entrance ramp with 20 security guards. He then says that the winner of the match due to outside interference is Daffney and that per the agreement Elizabeth made with him, she is no longer apart of World Championship Wrestling. Elizabeth gets a look that could kill and jumps out of the ring followed by Luger. Luger knocks out several security guards, giving Elizabeth a clear path to Russo. As soon as she reaches him, more security guards come running to restrain Elizabeth and Luger. Russo glares at Luger and tells him that he's fired and orders security to kick them out of the arena.

Elizabeth manages to get free by stomping on a guard's foot and rushes Russo. She tackles him and starts to go to town on the New Yorker until she's dragged off him. Elizabeth vows to get Russo for this. Russo stops the guards from taking Elizabeth. He laughs at her as he walks to her and tells her if she or Luger comes anywhere near him, he'll sue them for every cent they own. Elizabeth kicks out and manages to get Russo right in the balls. Security then resumes dragging her away and Elizabeth goes quietly, knowing she got Russo and Daffney back for what they did to her.

BACK TO THE CELEBRITIES
TO MISS ELIZABETH 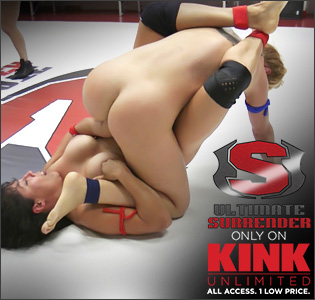